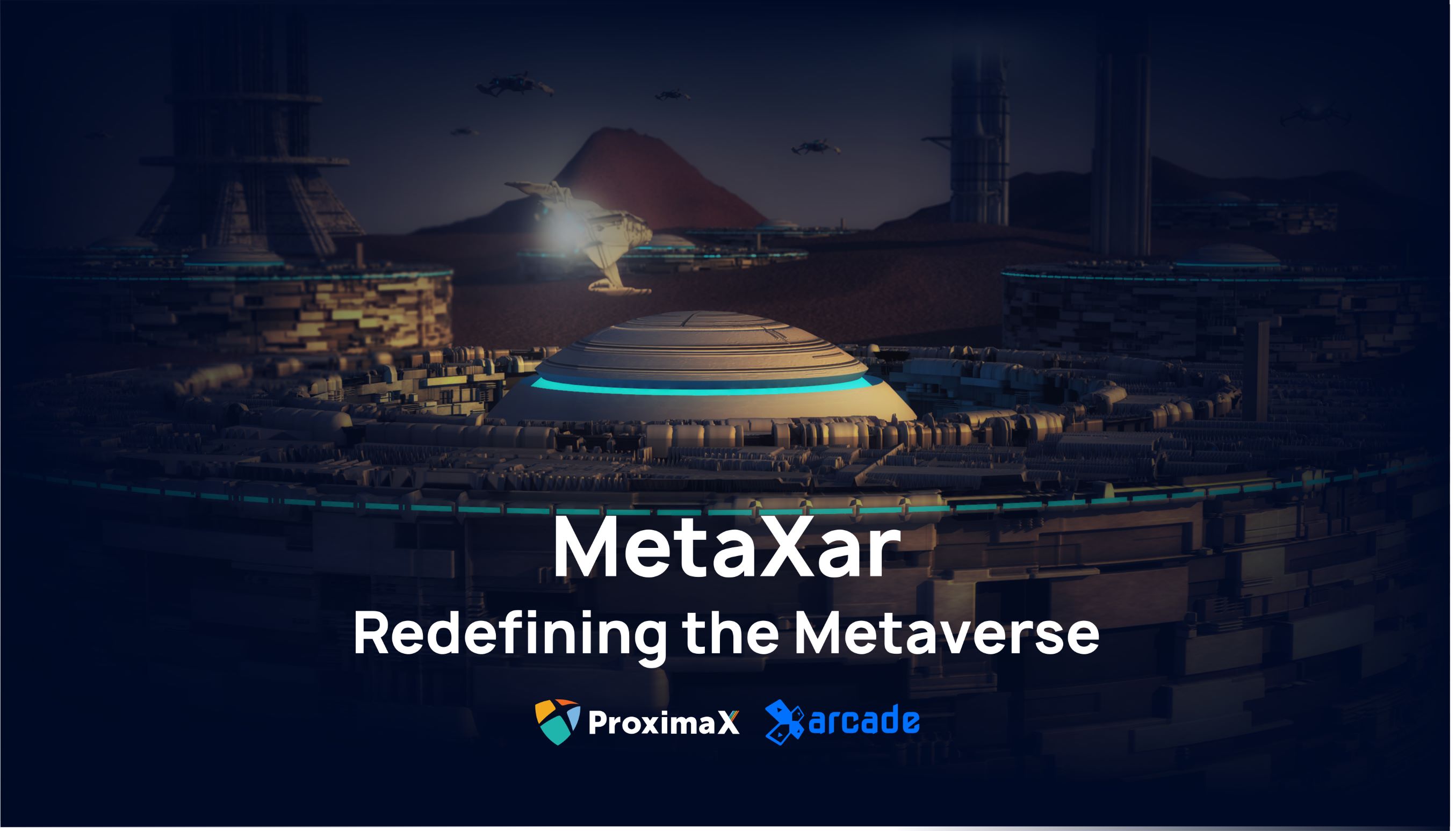 Discovered by an expedition fleet sheerly by happenstance, the mysterious artifact, known as the Nexus – a massive city complex entirely abandoned – appears to be both an isolated pocketverse as well as a gateway to different routes throughout the multiverse.

As of now, the Nexus is of unknown origin. Investigations will be conducted ascertaining whether it is alien or man-made.

Scientists posited that the Nexus is not only a gateway to different realities but different times as well.

The technological benefits salvaged from the artifact are too valuable to ignore. Scientists estimate that only 1% of the dimensional gateway routes have been re-activating.

Who will discover the rest? The call has gone out.

Adventure, creative exploration as well as a multitude of yet untapped rewards await those daring enough for such an endeavor.

The story continues: The Foundation of Xarnadu and the Genesis of MetaXar.

ProximaX has conceptualized a unique tokenomy. It should be born out of creativity and be autonomous and egalitarian, giving everyone an equal opportunity to make it to the pinnacle.

The MetaXar project will be the first to roll out this autonomous economy. It shall be carried out  in phases. The initial phases will involve gamers and game developers coming together with an aggregation of games and activities in a metaverse setting. More complexity will arise as the ecosystem grows, creating a broad spectrum of earning capabilities.

There will be an announcement for the MetaXar token, MetX, that shall be freshly minted and airdropped to XPX and/or XAR holders at a specific block height. To be eligible for this airdrop, XPX and XAR holders must stake a claim for it. No MetX will be airdropped to those who missed it or want to make a claim later. About 9.2 million MetX will be minted in this airdrop.