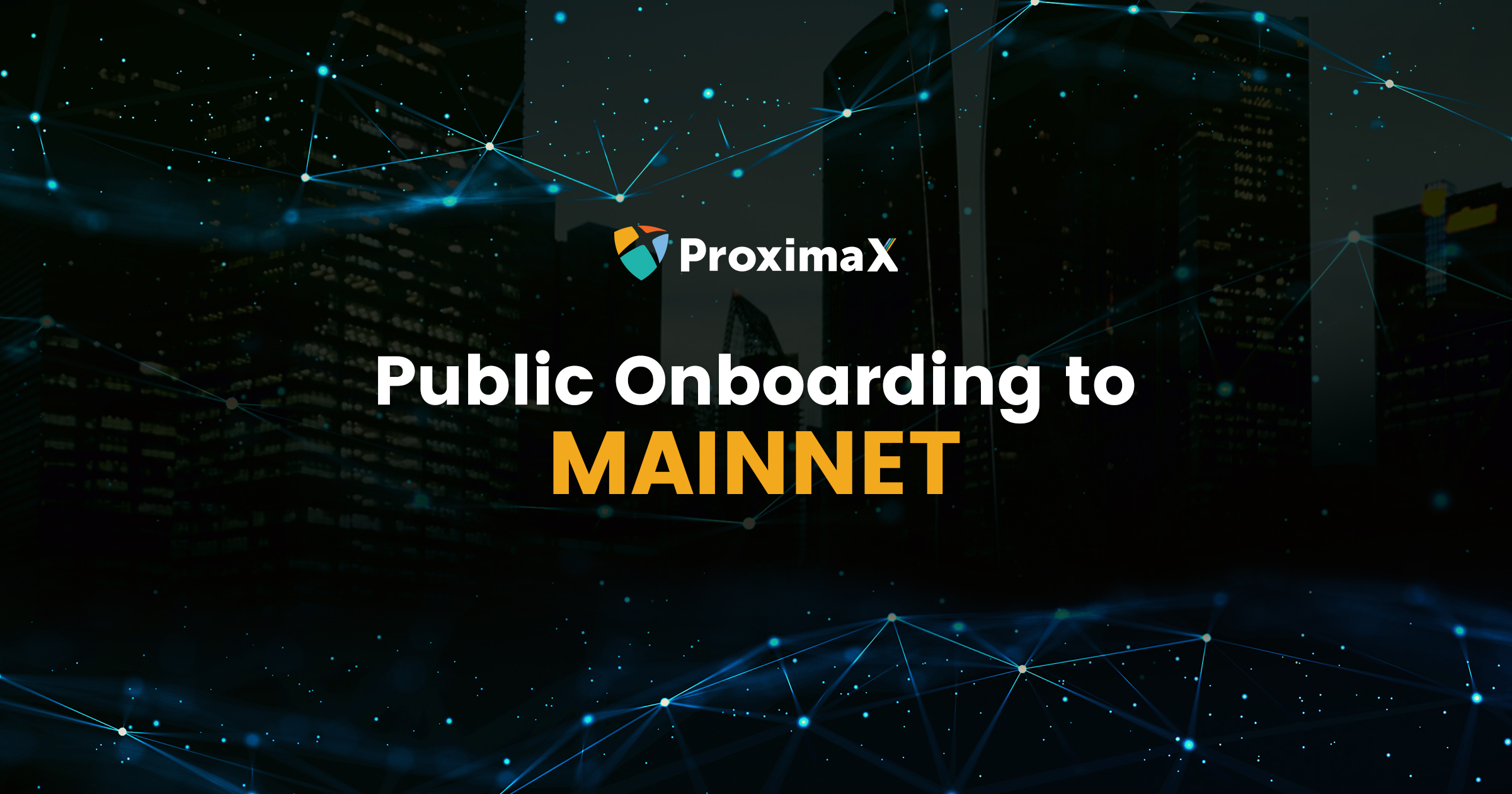 “The Public is the Life Blood of a Decentralized Blockchain”

ProximaX works on this theoretical assumption that the public is what makes the blockchain alive, valid and transparent. It revolves around the idea that a distributed system with public participation devoid of conscious partisanship and sectoral interests, will maintain data integrity.

This blog post will attempt to address doubts by answering misconceptions of a public blockchain and why YOU must spin up your node to participate. We hope to assure that YOU (as a community member) can make a better public ProximaX Sirius blockchain, by onboarding yourself as a validator (https://github.com/proximax-storage/community-sirius-chain-onboarding).

Our whitepaper calls it “distributed ledger technology” with good reason: to add a layer of integrity to an already-transparent chain. Compared to private blockchains where nodes are provisioned and maintained within a set group with a common interest, ProximaX Sirius mainnet nodes must be created and maintained by participants regardless of sectoral considerations and regardless of platform used. As long as the peer is running based on technical instructions in the onboarding doc, you are deemed a participant!

A participant’s node acts as validator, with the role of confirming transactions regardless of who controls that node and why it was provisioned. It is a Post Modern Blockchain in Jacques Derrida’s philosophy. This is NOT Bitcoin where you need to mine as a participant based on CPU power! You simply just need to participate as a node validator regardless of CPU strength. In Proof-of-Stake consensus, nobody can cheat their way into increasing the XPX supply, so participation takes place around a predictable (and distributed) supply pool.

The ProximaX Sirius blockchain is based on the proof-of-stake consensus protocol, which simply implies that total stakes are finite and fixed. When you onboard yourself as a node into the ProximaX Sirius mainnet, you participate as a Validator, with a validation “influence” based on stakes, normally purchased via XPX ownership. Functionally, your Sirius Wallet’s private key becomes the most secure representation of how much stake you have, thus affecting your validation influence. Tokenomically, if you hold more XPX, your node validates more frequently than others node with less XPX. Your node has proven its stake.

ProximaX tokenomics is designed to answer the public concern of purchasing power in blockchain maintenance. In Proof-of-Work chains, Sectors/groups with higher purchasing power tend to dominate the chain because they can purchase more powerful hardware, thus encouraging sectoral dominance. The ProximaX consensus model prevents this dominance in much the same tune as granting stakes as validation equities to participants.

There’s a whole set of literature to discuss the transparency benefits of the blockchain due to the chain’s immutability, but we must also mention that immutability is as good as the validation that strengthens it. Public onboarding to ProximaX mainnet and the subsequent public validation will realize the goal of a distributed ledger, to achieve a confirmed transaction that is “unimpeachable” in character. Public staking may well introduce the concept of “public mandate” in validating transactions in the chain: transaction authority comes from the public.

The three mentioned principles are best realized when YOU, as a supporter and member of the community, will help validate transactions by running your own ProximaX node. This way, not a single sector/group can claim strength in validating transactions, and the dream of a more democratized and distributed blockchain will be realized.

What if I don’t want to run a node?

The instructions describe ways to participate by running your own mainnet peer node. There is an upcoming method which does not require participants to run their own node called “Delegated Validating” based on ProximaX’s docs: Link

This feature will be available in our next public peer release.

National Institute of Standards and Technology and CyberSecurity Malaysia Certification