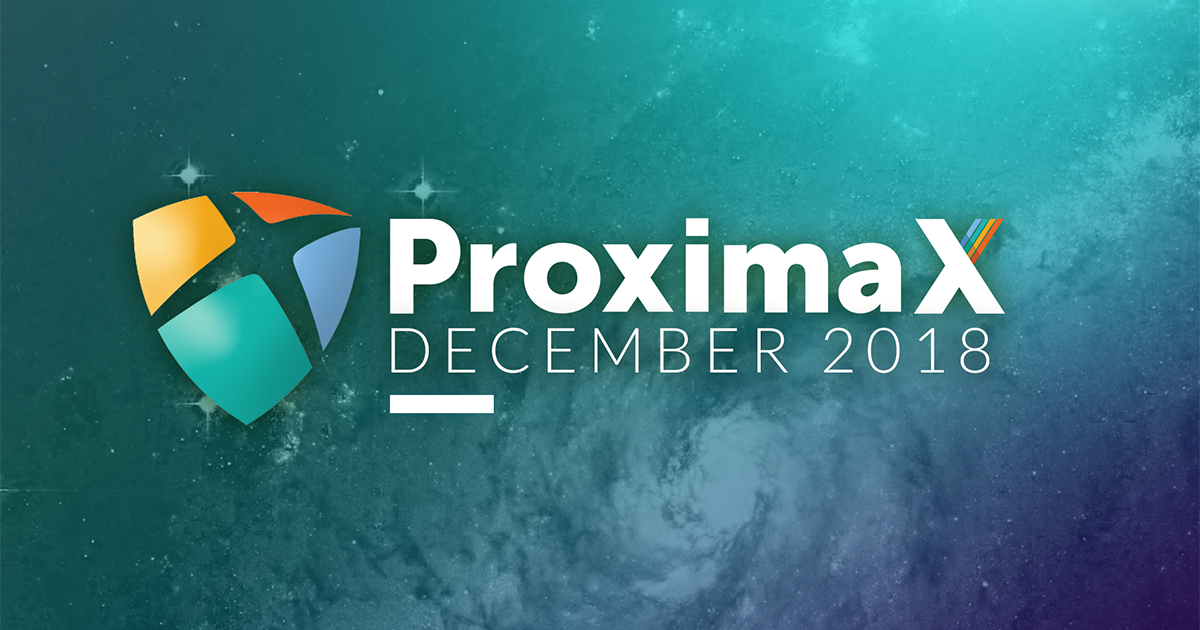 Our updates thus far have been centered around preparing for launching the test networks for storage and streaming, and polishing our technical papers. The team has been very much focused on the core development of components and modules to support our platform engine.

We have also been working continuously with NEM Core Developers to identify areas for collaboration and integration between our code repositories.

After months of intense focus on developing the core components for the storage layer, we are now prepared to launch the storage test network. The storage layer has different actors and is an entirely different node ecosystem from the blockchain network. This is a ground up solution component that uses a forked version of libp2p and IPFS to enhance communication, improve the distributed hash tables by replacing it with a mesh network instead, and to add in the cryptographic libraries specifically for ProximaX Sirius Storage platform.

The storage layer will introduce a new set of APIs to allow external clients to access the core functions. A separate announcement and documentation will be provided for this.

The first version of the test network will feature anonymous/secure text and data streaming only. This will be the foundation for the rest of the features as it acts as a distributed presence service for all applications/clients that will utilise the streaming layer.

Much like the blockchain test network, we are launching a test network for each layer as a way to stage our changes and prepare for the community engagement process. This will all be announced separately.

Various agents compete for doing the task in an open market model. The core objective of the market is the following:

Reputation is a metric, associated with each account, which can be calculated from the history of transactions. It can be expressed in a formula such as

Reputation is considered by the node selection mechanism. An agent with a lower reputation index will have a lower chance of getting selected. Reputation with vesting gives us a mechanism to penalise and incentivise the users based on their performance. This assigns users an identity which could affect their chances of being included or excluded from group consensus. This in turn encourages the best possible performance from each user.

Since we are introducing a few new contracts, we have extended ProximaX Sirius (NEM Catapult) and created an abstract contract object that will form the basis of our new contracts. We are looking to use this similar abstraction for our eventual implementation of super contracts.

With the new reputation system in place, we need to build a specific transaction/contract type for the storage layer. To do this, we developed a new contract called ModifyContractTransaction that contains the details of the following: duration, multisig account, file hash, customer, executors (e.g. storage nodes), and verifiers.

We now have a few papers that are being finalised that will be published soon:

We’ve started a bunch of applications a few months ago and most of them are already complete. We are bundling these applications as part of our offering.

Below is a summary of what we have done in December: